The Return of Short-Term Rentals? 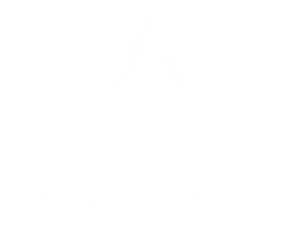 With infection rates plateauing and vaccination rates accelerating, it appears that we may be able to contemplate the end of the COVID-19 pandemic. Travel professionals expect tourism to pick up – and property management professionals expect the issue of short-term rental of condominium and even co-op units to resurface in New York City, despite city laws prohibiting the practice.

While the city’s economy desperately needs an infusion of tourist dollars, the pandemic-decimated hotel industry is unlikely to return to its pre-pandemic room count anytime soon. Many smaller ‘budget’ tier hotels have been converted to alternative uses – including contracting with the city and State of New York to shelter the homeless – removing hotel rooms from the market. Management professionals expect to see an increase in the number of individual condo unit owners attempting to use their units as a source of income – particularly those who have left the city, but have not sold their units.

Short-term rentals are generally defined as any rental for less than 30 days.  In recent court rulings, 30 days has been viewed by the courts to be the appropriate time-length framework for such terminology, with rentals between 30 and 60 days viewed as longer-term, and less likely to be tourism-related.

James Gallagher, managing director at AKAM, a national management firm with offices in New York suggests that the first step in dealing with the short-term rental problem is to develop a coherent policy. “The three most important components of that policy,” he says, “are first defining the violation itself; then you must determine how you recognize or identify the violation; lastly, you have to create a mechanism of enforcement to prevent the violation.”

Perhaps the most difficult part of the process is how staff – particularly doormen and concierges, who are frequently the first point of contact with anyone entering their building – will handle guests who may not know that short-term rentals are illegal to begin with, and by that very fact against building policy.  How will staff handle what can be a very uncomfortable, and even potentially confrontational situation?

Gallagher recommends that staff can handle the situation as follows: “They can refuse to give a key if the guest is asking for one, and refer them to a nearby hotel,” he says, but adds that “They must not physically restrict access, however.  We want to avoid any physical conflict at all costs.  At that juncture, the staff member should be instructed to report it through their chain of command to either the super or managing agent.  The managing agent would then contact the owner, inform them of the violation, and request the guests’ immediate departure.” After that, he says, any penalty to the owner (a fine, for instance), which all owners should have been made aware of previously, can be enacted and enforced by the board.

Before the problem of short-term rentals returns, counsel should be consulted as a first step, explains Gallagher.  “The board then would have to amend and adopt new leasing regulations with respect to short-term leases.  These regulations would have to be in line with local laws governing short-term rentals.  If the association is amending bylaws or the proprietary lease, this will need supermajority approval from residents.  Boards also have the discretion to alter their house rules – however they should remember that house rules are not as enforceable as bylaws.”

“Since short-term rentals are illegal in New York City and elsewhere,” says Gallagher, “normally we recommend that an escalating fine schedule be established. The city will also issue the building and/or the owner of the apartment a fine for the violation. We recommend that language in the building’s governing documents state that the owner is responsible for any guests or agents of themselves, in which case the city’s fine is then passed to the owner and they are required to pay it. Some buildings may pay the fine directly to the city and add the charge to the owners’ monthly bill. In co-ops however, repeated offenses can be seen as a violation of their lease – and that can result in eviction.”

It should be noted that pre-pandemic the problem of short-term, AirBnb type rentals was much less prevalent in co-op buildings than in condominiums as co-ops tend to have much tighter controls on shareholder actions than do condominium associations.  Nevertheless, all residential communities should take the proper time and initiative to short-circuit this problem before it returns.